Although the disk seek time is only 10ms, it seems like a very long time to the CPU, and when we scale the above times up equally, we can visualize the performance difference. If the CPU takes 1 second to access the L1 cache, it takes 3 minutes to access the main memory, 3.4 days to read random data from the SSD, 2 months for disk seek, and possibly over a year for network transfers. 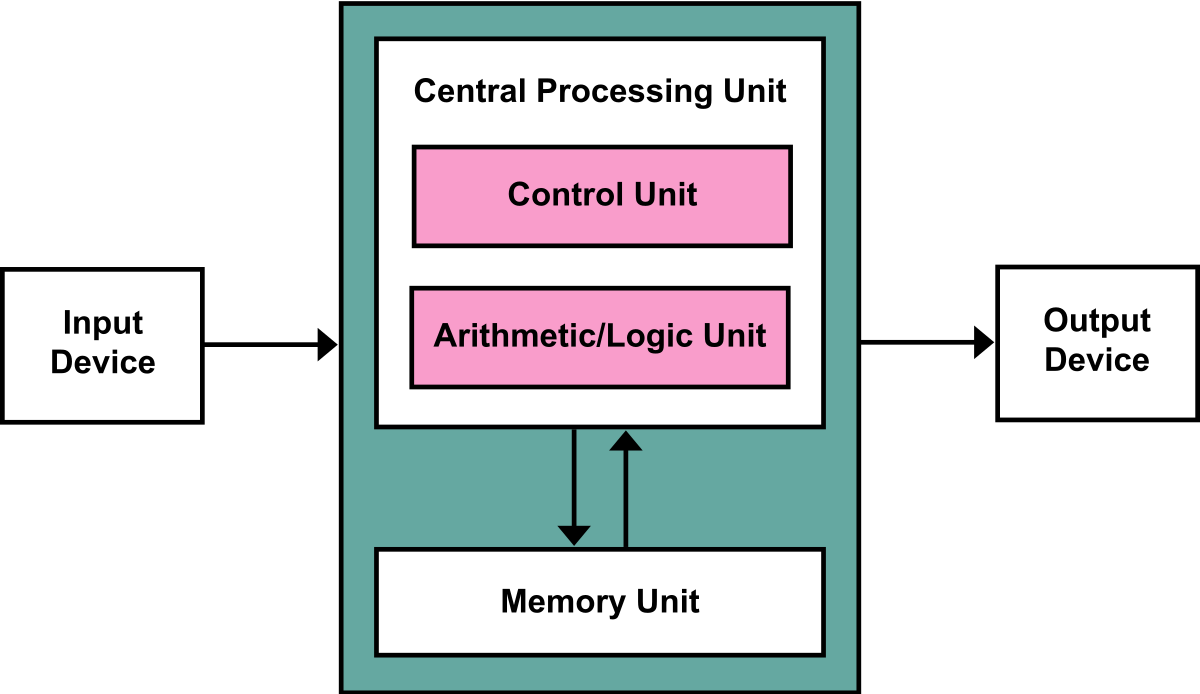 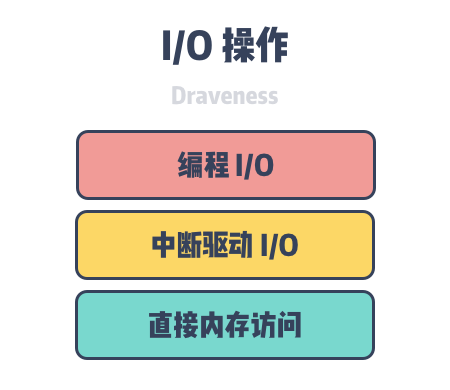 If we want to output Hello World on the screen, the CPU will write a new character to the I/O device each time, and after writing, it will poll the device’s status and wait for it to finish its work and write a new character. This approach is simple, but it takes up all the CPU resources, which can cause a serious waste of computing resources in some complex systems.

Interrupt-driven I/O is a more efficient way to perform I/O operations. In programmed I/O, the CPU actively obtains the state of the device and waits for it to become idle, but with interrupt-driven I/O, the device initiates an interrupt to suspend the current process and save the context when it becomes idle, and the OS executes the I/O device’s interrupt handler. 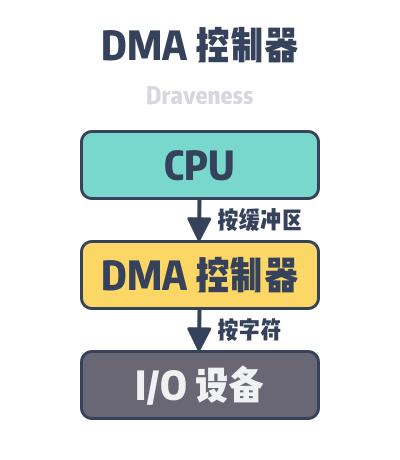 A mechanical hard disk drive (Hard Disk Drive, HDD) is an electronic-based, non-volatile mechanical data storage device that uses magnetic memory to store and find data on the disk, and in the process of reading and writing data, the head attached to the mechanical arm of the drive reads and writes bits on the surface of the disk.

It is because the disk has a relatively complex mechanical structure, so the disk takes a lot of time to read and write, and the read and write performance of the database is basically dependent on the performance of the disk, if we query a random piece of data in a database using a mechanical hard disk, this may trigger random I/O on the disk, however the cost required to read the data from the disk into memory is very large, ordinary disks (non-SSD) need to load data through these processes of queuing, seeking, spinning and transfer, which takes about 10ms. 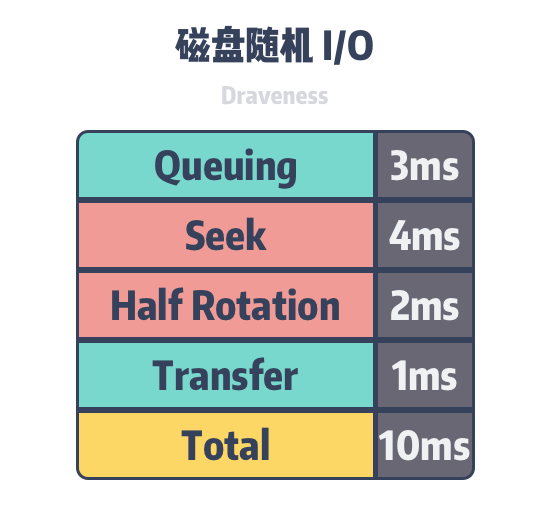 We can use the order of 10ms to estimate the time taken by random I/O when estimating database queries, what we want to say here is that random I/O can have a very big impact on database query performance, while sequential reading of data from disk can reach 40MB/s, the performance gap between the two is several orders of magnitude, so we should also try to reduce the number of random I/O in order to improve performance. 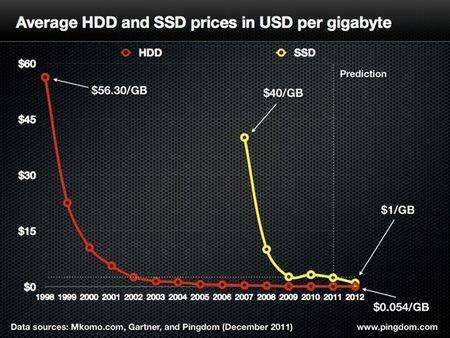 The hard drive is an external storage device on the computer that can store a large amount of data persistently, however, the CPU cannot access the data in the hard drive directly, when the computer starts up the operating system will load the data in the hard drive into memory for the CPU to access, but if the data that the CPU wants to access is not in memory, then we need to spend thousands or even hundreds of thousands of times more time to read the data, which is mainly caused by two reasons.

As we mentioned in the article, hard disks are not a necessary hardware device for computer operation, computers can load the data needed for booting into memory from any external storage device such as disks, CDs, etc. and boot normally, but hard disks are already the most common external storage device today. At the end of the day, let’s look at some of the more open-ended related issues, and interested readers can think carefully about the following questions.