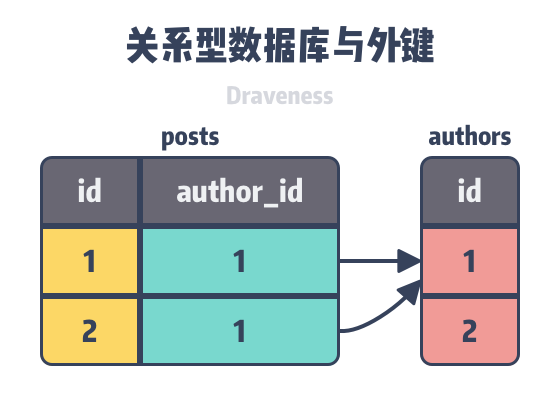 A foreign key is more than just an integer in a database table; it provides additional assurance of consistency. Because the database is often the Source of Truth for the entire system, it is important to ensure that the data is consistent and correct. Relational databases provide foreign keys, triggers, and other features to ensure consistency, but they are rarely used in today’s production environment. 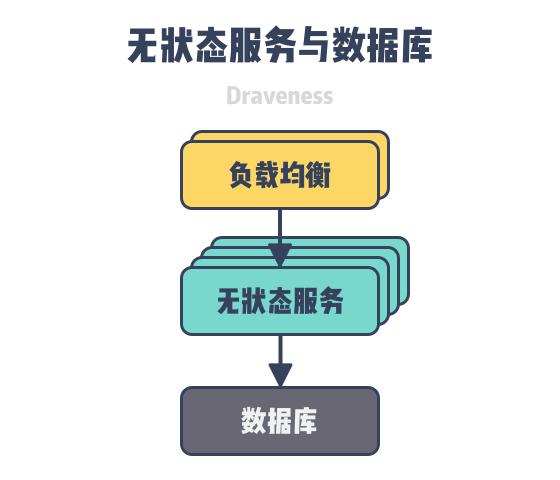 The reason for not using foreign keys is really simple. Relational databases such as MySQL and PostgreSQL are difficult to scale horizontally, but stateless services can often be scaled easily. Since features such as foreign keys require the database to perform additional work, and these operations take up computational resources of the database, we can migrate most of the requirements to stateless services to reduce the workload of the database.

Depending on the behavior when updating and deleting, we can classify foreign keys into RESTRICT, CASCADE and SET NULL, when we add foreign keys to When we add a foreign key constraint to a field in a relational table, we need to specify the type of the foreign key, the most common ones are RESTRICT and CASCADE, where RESTRICT is the default type of foreign key.

Note: NO ACTION and RESTRICT in MySQL have the same semantics.

Next we will detail how relational databases handle the two different types of foreign keys mentioned above, and how we should emulate these functions in our applications.

When we use the default foreign key type RESTRICT, the legitimacy of the reference is checked when a record is created, modified or deleted. To trigger the foreign key consistency check in a database like MySQL, suppose our database contains two tables posts(id, author_id, content) and authors(id, name), both of which trigger the database foreign key check when performing the following actions.

As a system dedicated to managing data, the database is able to guarantee integrity better than application services, and all of the above operations are extra work that comes with introducing foreign keys, but it is a necessary price for the database to guarantee data integrity. These analyses are theoretical and qualitative, but we can simply quantify the impact of introducing foreign keys on performance. 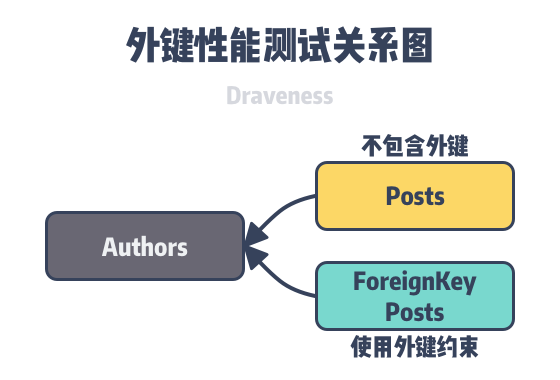 We start by inserting a record in the authors table, and then inserting multiple new data columns referencing that record in posts and foreign_key_posts respectively, the former without checking the legitimacy of the foreign key, and the latter with additional checks. You can find the Go language code used by the author to test the extra overhead of foreign keys at here, and after several benchmarks, we can get the results shown below.

The authors performed four benchmark tests with foreign keys, and although the results of the four tests were not particularly stable, the use case with foreign keys was significantly weaker than the use case without foreign keys in each test, with the additional overhead from foreign keys being ~2.47%, ~0.02%, ~10.41%, and ~11.52%, respectively. The benchmark here is a relatively simple quantitative analysis, but we can see the general trend from the results - integrity checking of foreign keys does introduce additional performance overhead that needs to be carefully considered in highly concurrent services.

To emulate the functionality of database foreign keys in an application is actually relatively easy, we just need to follow a few guidelines.

Note that in order to ensure consistency, we need to execute the above query and modify statements in a transaction in order to fully simulate the function of foreign keys; when we insert or modify data into the posts table, the processing required is relatively simple, we only need to execute a limited number of SELECT statements and perform the corresponding operations according to the pattern shown below.

But if we want to delete the data in the authors table, we need to query all the tables that reference the authors data; if there are 10 tables that all have foreign keys pointing to the authors table, we need to query the 10 tables for the existence of corresponding records, which is a relatively cumbersome process, but it is a necessary price to pay to achieve integrity, but this simulated foreign key method is actually far more resource-intensive than using foreign keys; it requires not only querying the associated data, but also sending more packets over the network.

When we create a foreign key constraint in a relational database, a cascade operation is triggered when the client updates or deletes data if the CASCADE behavior is specified for updating or deleting records using the SQL statement shown below.

However, whether performing update or delete operations, the database can guarantee the consistency and legitimacy of references across relational tables without referencing to non-existent records. As with the RESTRICT behavior, all foreign key updates and deletes can be performed by performing additional checks and operations to ensure data consistency. 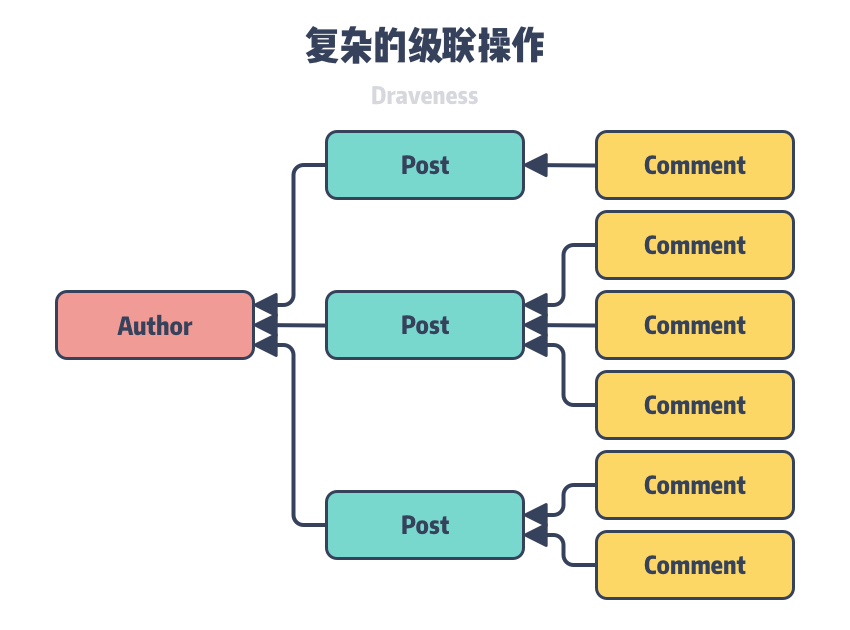 Although the starting point of cascade deletion is also to ensure data integrity, we also need to pay attention to the problem of mass data deletion caused by cascade deletion when designing different relationships between relational tables. As shown in the figure above, when a client wants to delete data in the authos table in the database, if we specify the cascade deletion behavior in both authors and posts, then the database will delete all the associated posts records and the comments data associated with the posts table at the same time.

This cascading deletion behavior involving multiple levels does not cause problems in databases with smaller data volumes, but deleting critical data in databases with larger data volumes can cause an avalanche where the deletion of a single record can be scaled up to tens or even hundreds of times, and these random reads and writes to disk can cause significant overhead, a situation we want to avoid as much as possible. If we can design the relationships between tables better and use the CASCADE behavior carefully, it is very important to ensure the legitimacy of the data in the database. Using this feature can avoid expired and illegal data in the database, but it is also important to reasonably anticipate the worst-case scenario that may result when using it.

It is feasible to manually implement cascade delete operations for databases. If we delete all the data in a transaction in order, we can indeed ensure data consistency, but this is not much different from the cascade delete feature for foreign keys, but will have worse performance. If we can accept data inconsistency within a time window, we can split a large deletion task into multiple subtasks to be executed in batches, reducing the peak impact on the database.

This approach imposes a greater additional overhead than CASCADE for database foreign keys, except that we can reduce the transient impact on database performance.

In most systems that do not require high concurrency or have strong requirements for consistency, we can directly use the foreign keys provided by the database to help us verify the data, but in scenarios that do not require high consistency, complex scenarios or large-scale teams, not using foreign keys does take the burden off the database, and large teams have more time and energy to design other solutions, e.g., distributed relational databases.

When we consider whether we should use foreign keys in the database, we need to focus on the core of our database to take on this part of the computing task will not affect the availability of the system, in the use of also ** should not be a blanket decision ** with or without foreign keys, should be based on specific scenarios to make decisions, we introduce here two problems that may be encountered when using foreign keys.

We don’t really have a choice in many cases whether to use foreign keys or not; most company DBAs have more explicit rules about the use of database systems, but we need to be clear about the reasons for making the choice between using foreign keys and not using them. At the end of the day, let’s look at some more open-ended related questions, and the interested reader can think carefully about the following.