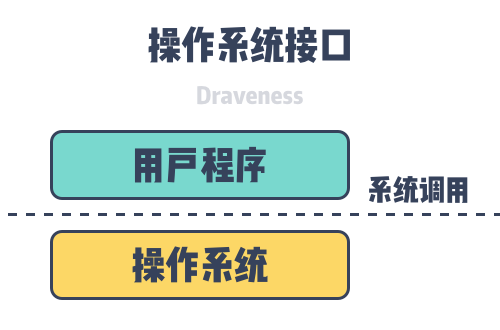 The famous glibc for C language encapsulates the system calls provided by the operating system and provides a well-defined interface that allows engineers to develop upper-level applications directly using the functions encapsulated in the container.

strace is a tool in Linux for monitoring and tampering with operations between processes and the kernel. The above command prints out information about system calls, parameters and return values triggered during the execution of hello. Most of the system calls triggered during the execution of the Hello World program are triggered by the program startup, only the system calls after munmap are triggered by the printf function, and as an application we are very limited in what we can do and rely on the services provided by the operating system for many functions.

Function calls in most programming languages simply allocate new stack space, write arguments to registers and execute the CALL assembly instruction to jump to the target address to execute the function and return the arguments on the stack or in registers when the function returns. System calls consume more resources than function calls, as shown in the following figure, where the execution of a system call using the SYSCALL designation consumes tens of times more time than a C function call.

The vDSO in the above figure is called Virtual Dynamically Shared Object (vDSO), which can reduce the time consumed by system calls, and we will analyze its implementation in detail later.

getpid(2) is a relatively fast system call that does not contain any arguments and only switches to the kernel state, reads variables and returns the PID, so we can use its execution time as a benchmark for system calls; besides getpid(2), using the close(999) system call to close non-existent file descriptors consumes Of course, if you want to implement a system call for testing additional overhead, using a custom null function should be the perfect choice, so interested readers can try it out for themselves. 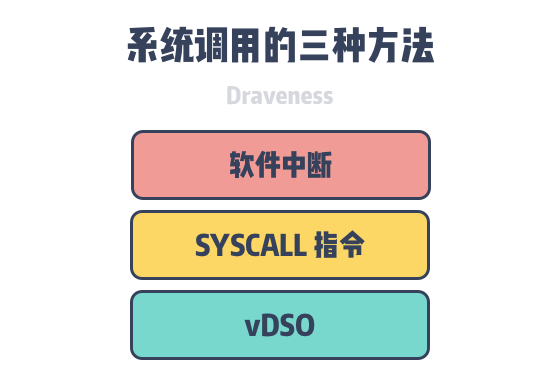 From the above benchmarking of system calls versus function calls, we can see that system calls without vSDO acceleration take tens of times longer than normal function calls. Why does a system call incur so much extra overhead and what does it actually perform internally? This article will describe three ways Linux performs system calls. 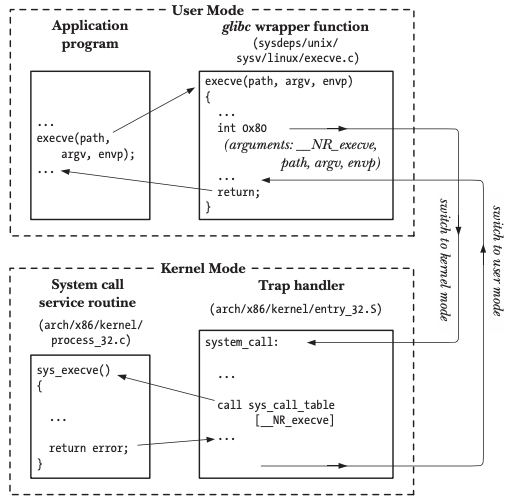 From the execution process of the above system call, we can see that the software interrupt-based system call is a relatively complex process. The application falls into the kernel state through the software interrupt and queries and executes the functions registered in the system call table in the kernel state, the whole process not only requires storing the data in the registers, switching from the user state to the kernel state, but also needs to finish verifying the legitimacy of the parameters, which does bring a lot of extra overhead compared to the function call process.

In fact, the use of INT 0x80 to trigger system calls is a thing of the past, and most programs try to avoid it. However, this rule is not universal, as the Go language team has found in benchmarking that INT 0x80 triggers system calls on some operating systems with almost identical performance to other methods, so interrupts are still used to execute system calls on architectures such as Android/386 and Linux/386. 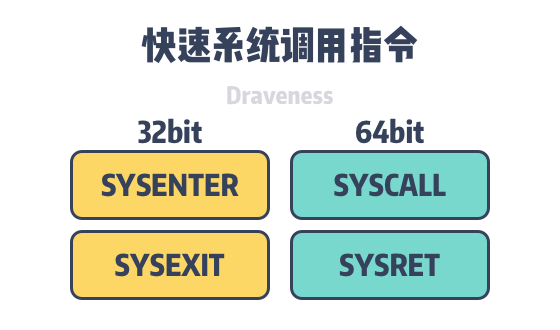 The above-mentioned assembly instructions are low-latency system call and return instructions that assume that the operating system implements the Linear-memory Model, which greatly simplifies the process of OS system calls and returns, including unnecessary checks, preloading parameters, etc. The use of fast system call instructions can reduce clock cycles by up to 25% compared to software interrupt-driven system calls.

The linear memory model is a common paradigm for memory addressing in which linear memory is stored with the application in a single contiguous spatial address and the CPU can access the available memory addresses directly without resorting to memory fragmentation or paging techniques using addresses.

On 64-bit operating systems, we use SYSCALL / SYSRET to enter and exit system calls, which are executed in the highest privilege level of the operating system. The kernel will call syscall_init when it initializes common.c#L1662) function to set entry_SYSCALL_64 into the MSR register (Model Specific Register, MSR), which is the control register for debugging, tracing and performance monitoring in the x86 instruction set.

When the kernel receives a system call triggered by the user program, it reads the function to be executed in the MSR register and reads the number of the system call and its arguments in the register according to the x86-64 calling convention, which you can find in the comments of the entry_SYSCALL_64 function.

The assembly function entry_SYSCALL_64 calls do_syscall_64 during execution, and its implementation is somewhat similar to do_int80_syscall_32 in the previous section in that they both look up the function in the system call table and pass in the parameters in the registers.

Unlike INT 0x80, which implements system calls by triggering software interrupts, SYSENTER and SYSCALL are assembly instructions designed specifically for system calls. They do not need to look up the execution procedure corresponding to the system call in the Interrupt Descriptor Table (IDT), nor do they need to save information such as the stack and return address, so they can reduce the extra overhead required.

Because vDSO is provided directly by the operating system, it does not have a corresponding file, and we can see where it is loaded in virtual memory during program execution. vDSO can provide virtual system calls to user programs, which emulate system calls in the user state using data provided by the kernel. 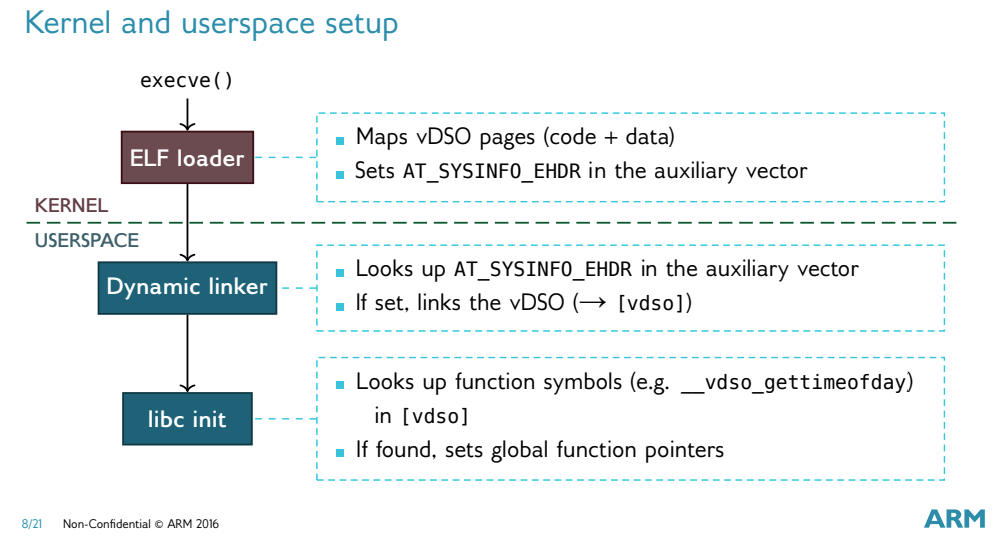 In addition to gettimeofday, vDSO on most architectures contains three other system calls such as clock_gettime, clock_getres, and rt_sigreturn. These system calls are relatively simple to accomplish and do not pose security problems, so mapping them to user space can significantly improve the performance of the system calls, and as we can see in Figure 2, using vDSO can improve the time of several of these system calls by a factor of tens.

System calls are not a far-fetched concept when we write applications; a simple Hello World will trigger dozens of system calls during execution, and we may also be required to deal with system calls when performance issues arise online. Although system calls are very frequent in programs, they introduce significant additional overhead compared to normal function calls:

Applications are quite limited in what they can do, and we need to use the services provided by the operating system to write feature-rich user programs. As an interface provided by the operating system, system calls are very closely related to the underlying hardware, and because of the variety of hardware, different architectures have to use different instructions. In the end, let’s look at some of the more open related questions, and the interested reader can think carefully about the following.