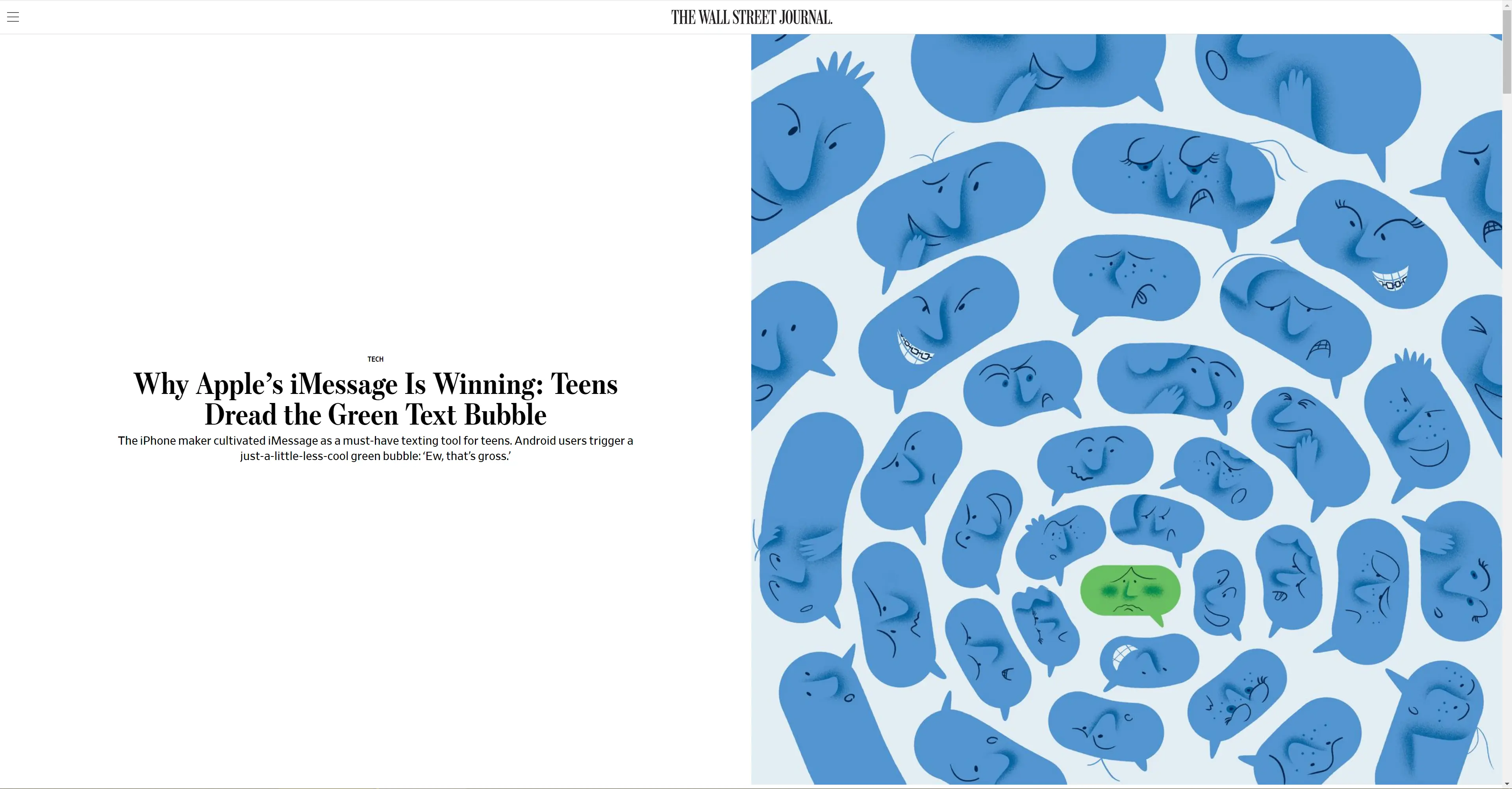 For a company that makes humanity and fairness a core part of its marketing, it is dishonest to use peer pressure and bullying as a way to sell its product. In fact today’s communication service standards (meaning RCS) are perfectly suited to address this blue-green bubble issue.

Meanwhile, both Google and Hiroshi Lockheimer are calling on Apple to adopt modern RCS communication standards in iMessage: unifying the experience of iOS and Android users to eliminate the “green bubble discrimination” of Android users. 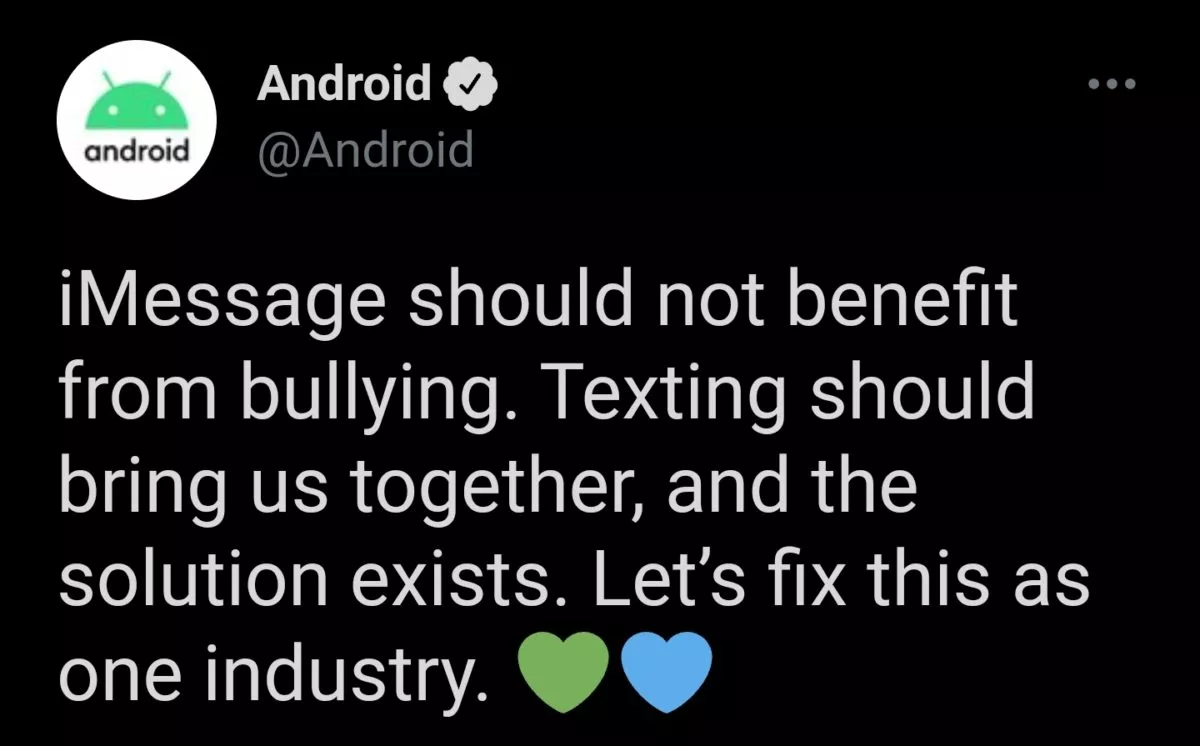 What is RCS? It’s called Rich Communication Suite - Rich Communication Standard and is part of the latest advanced messaging standard. In addition to text messaging, RCS supports high quality image messaging up to 10MB by default, group chats, location sharing, and even video calls, and the service also supports sophisticated features such as read receipts (like the read feature of Pinning) and typing indicators (the “other party is typing” feature of WeChat). As the latest communications standard, RCS is supported by 55 mobile operators (including China’s three largest carriers) and 11 manufacturers (well-known companies such as Asus, HTC, Lenovo, LG, Huawei, Samsung and ZTE).

After a previous tweet sparked heated debate, Hiroshi Lockheimer again explaining his proposed solution in detail on Jan. 11, harshly accusing Apple of “hindering the development of the communications industry”:

We’re not asking Apple to make iMessage available on Android.

By not integrating RCS, Apple is holding back the industry and hindering the user experience for Android users and their own customers.

Apple has not responded to the Wall Street Journal or Hiroshi Lockheimer, but a small quote from a 2013 email from Federighi, Apple’s chief software executive, may reflect Apple’s attitude.

In the absence of a strategy to become the primary messaging service for (the) bulk of cell phone users, I am concerned the iMessage on Android would simply serve to remove (an) obstacle to iPhone families giving their kids Android phones.