As we all know, browsers generally have a default search engine and a number of other search engines built in that you can replace, or add manually if none of the built-in ones meet your needs. If for some reason users do not want these search engines in their browser, they can remove them from the settings.

As you can see in the screenshot above, the ‘Delete’ option has been removed from Chromium, while the ‘Set as default’ and ‘Edit’ options remain. The reason for this change is that the developers felt it would be more beneficial to end users to remove this feature.

The proposal to remove the ‘Delete’ button was raised in October 2021, initiated by Chromium developer Justin Donnolley under ID1263679 The issue was mentioned in the question.

Currently, you can delete a pre-populated search engine (e.g. Google, Bing, Baidu) in 2 clicks. Doing so is irrecoverably destructive because, even if you’re knowledgeable enough to use the Add dialog to recreate a pre-populated entry, you can’t set the suggest, new tab page, or other specialized URLs.

Deleting these should either be more difficult (confirmation dialog) or impossible (no delete option in the menu). My strong preference is to do the latter.

As of now, only the Vivaldi browser retains the option to remove the search engine in the latest build 2549.3 (skipping Chromium 97 and using 98), and users can also remove the search engine if they are still using a Chromium 96-based browser. While this change may be well-intentioned on the part of the developers, some users have complained about new problems caused by this issue - a problem with browsers automatically changing the default search engine set by the user to another service. 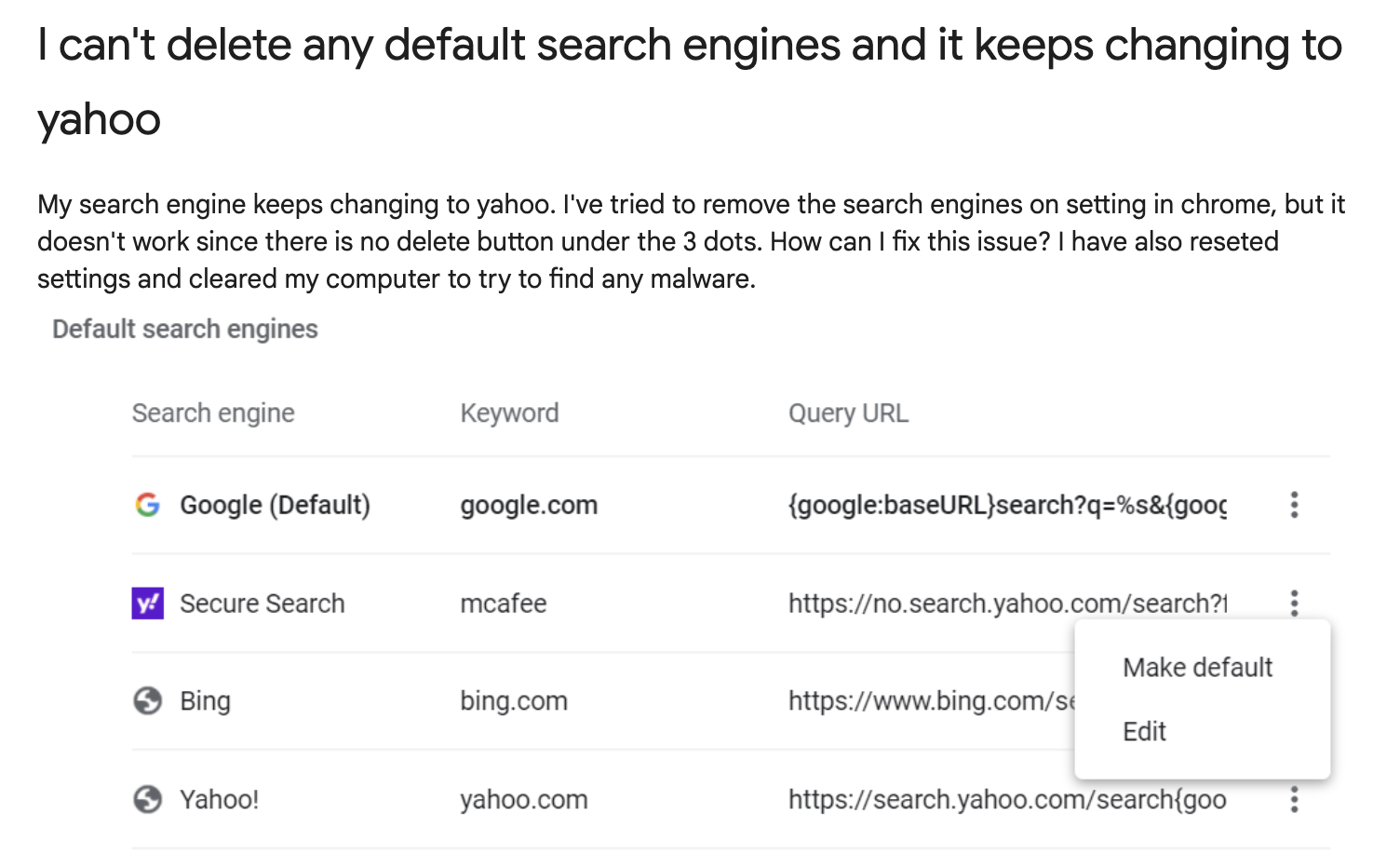 User Filipa Nunes said on the Chrome forum that since it is now impossible to remove the search engine, his default search engine automatically switches to Yahoo, no matter how he sets it. Apart from him, there are many other users in the same thread who are experiencing similar problems to his complaining about this issue.

Justin Donnolley, the developer, after learning about the problem, said.

I didn’t realise that users were using ‘delete’ as a solution and I apologise for the trouble users have had as a result. We are working on a solution to the problem of people’s default search engine being changed for no apparent reason. In the meantime, I’m bringing back the ‘Delete’ option in the UI. It should be added back in Chrome 98 or 99 (released in early February and early March respectively).