There are several common encryption algorithms in programming, and they each have applications in different scenarios. All encryption methods except the message digest algorithm will require a key.

Passwords are generally generated by the user, are readable, can be remembered and stored, and are often used for software management, while keys are used by software that implements encryption algorithms and do not need to have readability (though they are Base64 for ease of reading in programming). We can also generate keys by passwords.

Generate the key for the symmetric encryption algorithm.

Key negotiation is a protocol by which two or more parties establish the same shared key and then communicate with each other in a symmetric encrypted transmission without exchanging keys.

The general process: each party generates a public-private key pair and distributes the public key to the other parties, and the shared key can be computed offline when both parties get a copy of the other party’s public key.

An ideal cryptographic hash function should have the following properties.

MD5 Message-Digest Algorithm (MD5 Message-Digest Algorithm), a widely used cryptographic hash function, outputs a 128-bit (16-byte) hash value (hash value), MD5 was originally designed as a cryptographic hash function, and it is currently found to have a large number of vulnerabilities, so it is not recommended for direct use as encryption, however However, it is still widely used in non-encrypted scenarios such as data integrity checking and file integrity checking.

Secure Hash Algorithm (SHA for short) is a family of cryptographic hash functions that are certified by FIPS (Federal Information Processing Standards) as secure hash algorithms. It is an algorithm that calculates a string of fixed length (also called message digest) corresponding to a digital message. If the input messages are different, the chance that they correspond to different strings is high.

DES is a typical algorithm in the field of symmetric encryption algorithms, because the default length of the key is 56 bit, so the length of the cipher needs to be larger than 8 byte, DESKeySpec takes the first 8 byte for key making.

3DES (or Triple DES). It is an enhancement of DES algorithm, which uses three 56-bit keys to encrypt data three times. It takes DES as the basic module and designs a packet encryption algorithm by combining grouping methods. Compared with the original DES, 3DES is more secure. The default length of the key is 168 bit, the password needs to be larger than 24 byte, and the IV is an 8 byte array of random numbers and letters.

AES Advanced Data Encryption Standard, which is effective against all known attacks against the DES algorithm, has a default key length of 128 bit and can also be selected from 192 bit and 256 bit. AES-128 AES-192 AES-256

Default AES-128, use PBEKeySpec to generate a fixed size key.

The following exception may occur when using AES-256.

JDK 1.8.0_161 and above have unlimited strength encryption enabled by default.

Asymmetric encryption uses a key pair, the public key for encryption and the private key for decryption. Regarding key size, as of 2020, the largest publicly known RSA key that is cracked is the 829-bit RSA-250, and it is recommended to use at least 2048-bit keys. 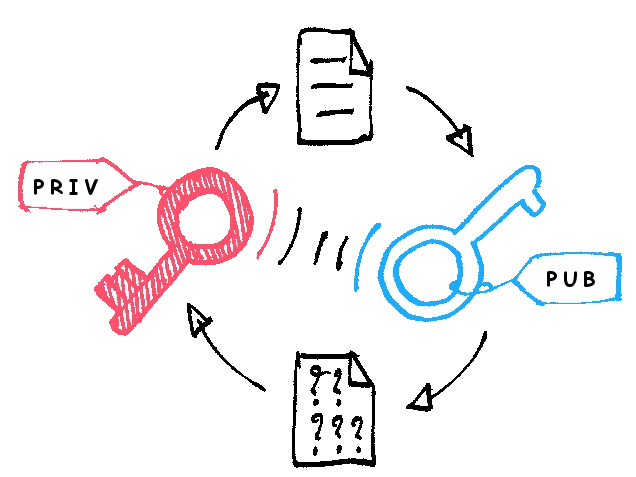