We will often use the Align component in our development to position the child components. Usually we use several common relative positions, such as alignment: Alignment.bottomRight, bottom-right corner. Recently, the official documentation about alignment: Alignment(x, y) in Align seems to be a little bit wrong, and then combined with the relevant source code, we finally figured it out. Then I found that most of the tutorials on the Internet are wrong, so I’ll share my understanding of Align’s alignment principle below. 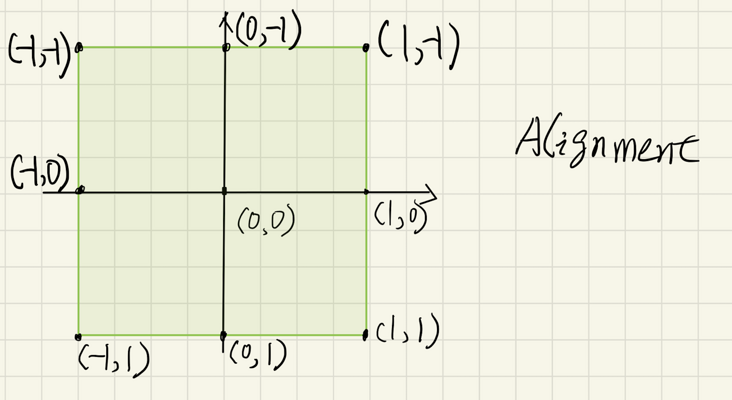 This is then converted to a point of orientation in the coordinate system with the upper left corner of the rectangle as the origin by a formula. This conversion formula is as follows: (x * w/2 + w/2, y * h/2 + h/2), where w is the width of the rectangle and h is the height of the rectangle. The calculation process is understood in conjunction with the following schematic diagram.

In the official Align documentation there is this sentence.

From the above description, we can see that the final placement coordinates are related to the size of Align as well, because the process uses alignment to calculate a point in Align. But I only see from the official documentation that the calculation is related to the subcomponent.

And some of the tutorials I’ve seen online have explanations that are wrong, such as this one. 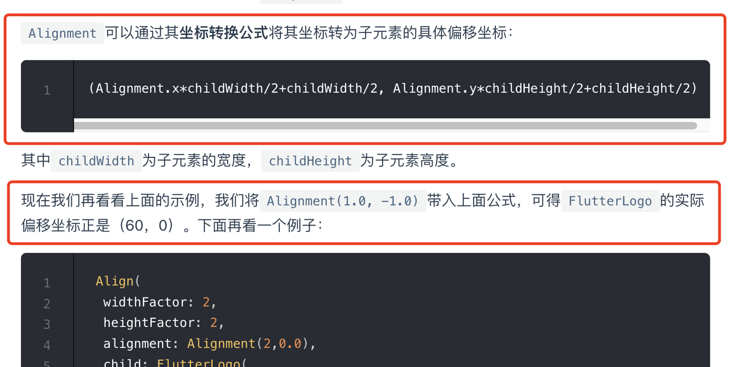 To prove this error is simple, place Align in a Container and set alignment to Alignment(1.0, 0.0). Then place a random child component, like this.

The official documentation on how it works gives the principle of the calculation, but not the exact formula. I’ve looked at the source code to confirm that the description of how it works is fine, so I’ll use a simple example to illustrate the calculation process and give the correct formula. 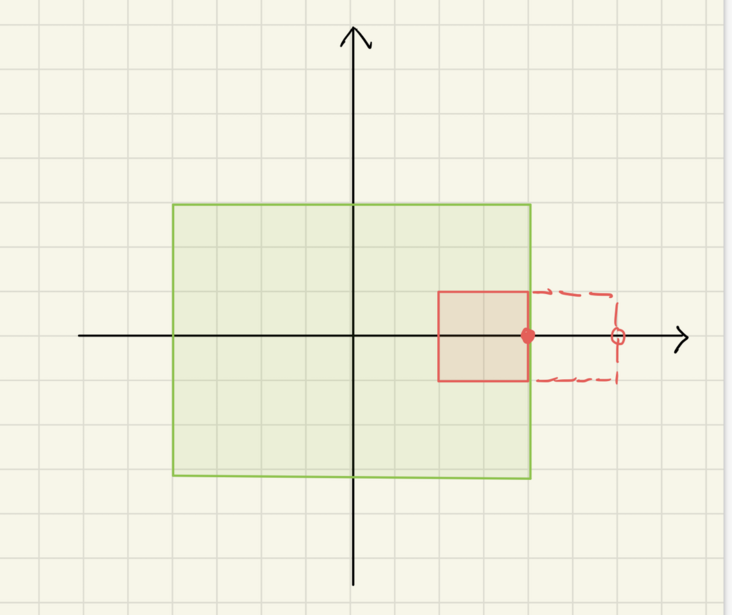 A similar process can be described for the y-values of the coordinates, so the formula for the final locus should be