A typical TUN/TAP example is shown in the following figure. 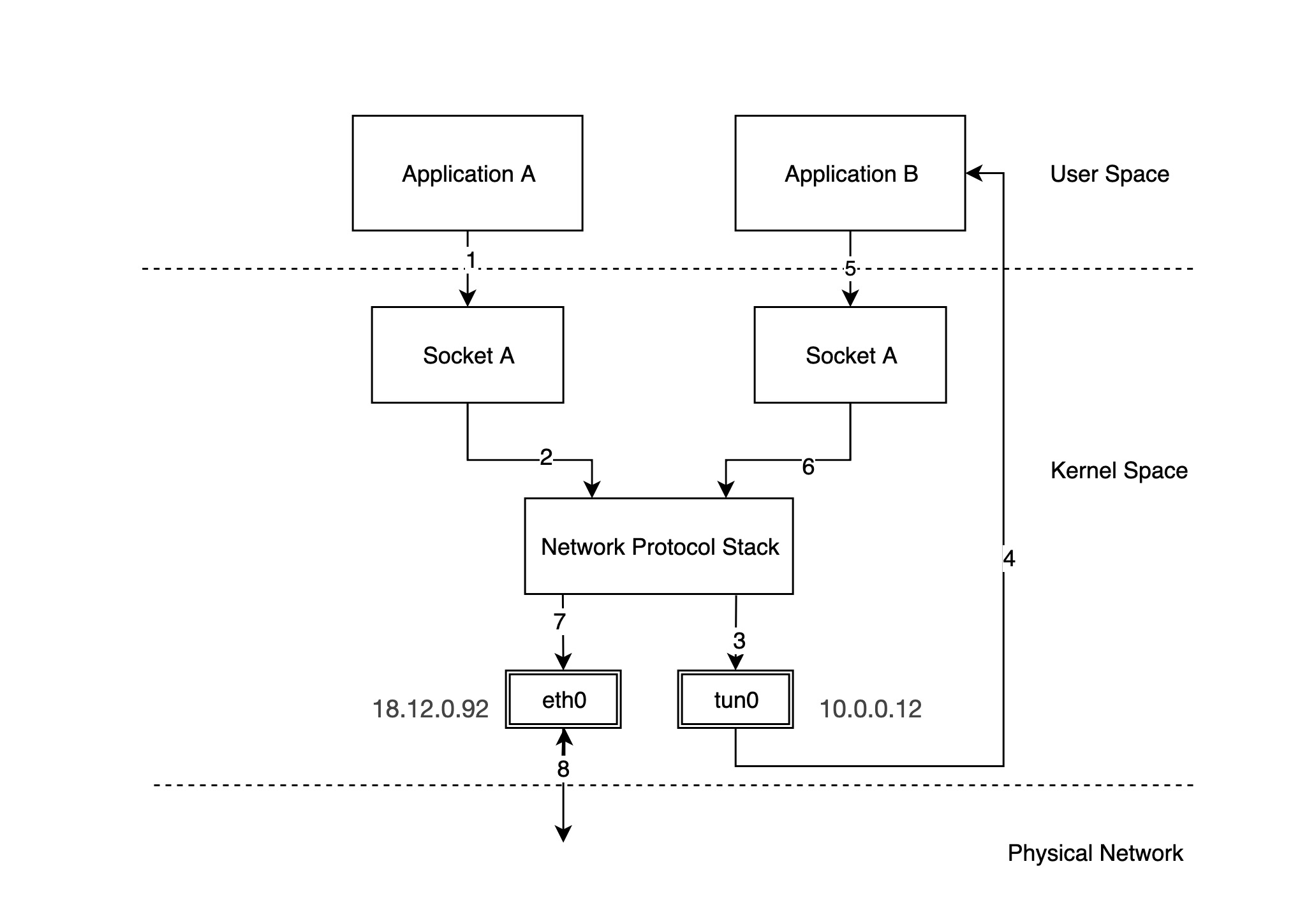 Using TUN/TAP devices we have the opportunity to forward some of the packets in the protocol stack to the application in user space and let the application process the packets. Common usage scenarios include data compression, encryption and other functions.

Here a program is written, it receives the packet from tun device, only print out how many bytes of packet received, nothing else is done, how to program please refer to the reference link at the back.