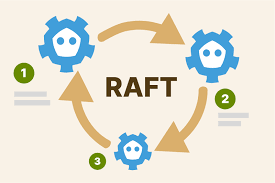 Let’s start with why we use etcd. Let’s illustrate it with a practice we did ourselves, also an API gateway we made - Easegress)

It also supports various Cloud Native architectures such as: Microservice Architecture, Service Mesh, Serverless/FaaS integration, and can be used to carry more advanced enterprise-level solutions such as high concurrency, grayscale release, full-link stress testing ……. So, in order to achieve these goals, in 2017, we felt that we could not evolve such software on existing gateways such as Nginx, and had to write a new one (later, Hashicrop should also think the same as us, so they also wrote an envoy, except that Envoy is written in C++, and I used the lower technical threshold of Go language)

In addition, there are three main core design aspects of Easegress.

For any distributed system, there needs to be a mandatory Paxos/Raft-based master-selectable mechanism and some key control/configuration and related shared data needs to be synchronized across the cluster to ensure that the behavior of the entire cluster is uniform and consistent. Without such a thing, there is no way to play with distributed systems. This is why components like Zookeeper/etcd are available, they are not primarily for you to store data, but to group clusters.

Easegress will put all the configuration information into the etcd, including some statistical monitoring data, as well as some user-defined data (so that the user’s own plugin not only in a pipeline, but also in the entire cluster for data sharing), which is very convenient for users to expand. Software code scalability has always been our primary goal, especially open source software to find ways to reduce the technical threshold to make the technology easy to expand, which is why Google’s open source software will choose to use the Java language reasons.

Well, after describing why we use etcd, I’m going to share a real problem. We had a user who was using Easegress and configured thousands of pipelines within Easegress, causing Easegress’ memory to spike very high - 10+GB or more - and it wouldn’t come down for a long time. Generally speaking, even if there are more APIs, you should not configure so many pipelines. Generally speaking, it is reasonable to use the prefix of HTTP API to configure a group of APIs belonging to a category in a pipeline, just like the configuration of location under nginx, which is generally not too many. However, it is the first time that we have seen thousands of pipelines configured in this scenario for users.

The problem reported by the user is - creating an HTTP object on Easegress 1.4.1 with 1000 Pipelines, the memory footprint at the completion of Easegres initial startup is about 400M, after 80 minutes of running 2GB, after 200 minutes of running it reaches 4GB During this time, nothing was done and not a single request was made to Easegress.

After investigation, we found that the memory usage basically all came from etcd. We really didn’t think that there were not many keys in etcd, so why would it take up several 10GB of memory. At this time, I usually suspect that etcd has a memory leak, so I searched on the github of etcd and found that etcd had a memory leak on both 3.2 and 3.3 versions, but both were fixed.

Easegress is using the latest version 3.5, and besides, memory leaks are generally not that big of a problem, so we started to wonder where we had misused etcd. To find out if we had misused etcd, there was only one way to go, sink our teeth into the design of etcd and take a good look at it.

After spending about two days looking at the design of etcd, I discovered that etcd has the following memory-consuming design, which is frankly very expensive, and I’m sharing it here to avoid people falling into this trap again.

First and foremost - RaftLog . etcd uses Raft Log, mainly to help follower synchronize data, and the underlying implementation of this log is not a file, but memory. So, and also to keep at least 5000 of the latest requests. If the size of the key is large, these 5000 requests will incur a lot of memory overhead. For example, if you keep updating a 1M key, even if it is the same key, these 5000 logs are 5000MB = 5GB of memory overhead. This issue was also mentioned in the issue list of etcd issue #12548, but it was never resolved. The 5000 is still a hardcode and cannot be changed. (See DefaultSnapshotCatchUpEntries related source code)

In addition, we also found that this design in the history of etcd’s official team to reduce this default value from 10000 to 5000, we estimate that etcd official team also realized that 10000 a little too memory-consuming, so, down by half, but afraid of follwer synchronization can not be, so, retain the 5000 … (here, I personally feel that there is a better way, at least do not have to put all in the memory it …)

(Obviously, etcd does this for a high performance consideration)

The problem in Easegress should be more of a Raft Log problem. The last three problems we don’t think would be the cause of this problem for users. For indexing and mmap, use etcd’s compact and defreg (compression and defragmentation should reduce memory, but should not be the core cause of this problem on the user’s side).

So, our final solution is also very simple, we modify our strategy, no longer write such a large Value of data, although only on a key, but split into multiple smaller keys to write, so that we can bring down the size of each data of RaftLog, and finally, solve the problem. The related PR is here PR#542.

To use etcd well, there are the following practices