kubevirt connects the VM management interface to kubernetes in the form of a CRD, using libvirtd to manage VMs by means of a pod to achieve a one-to-one correspondence between pods and VMs, to manage VMs as containers do, and to do the same resource management and scheduling planning as containers do. All the code involved in this article can be found in my Github.

Kubevirt implements the following main resources to enable the management of virtual machines.

Why does kube-virt allow seamless access to K8S for virtual machines? 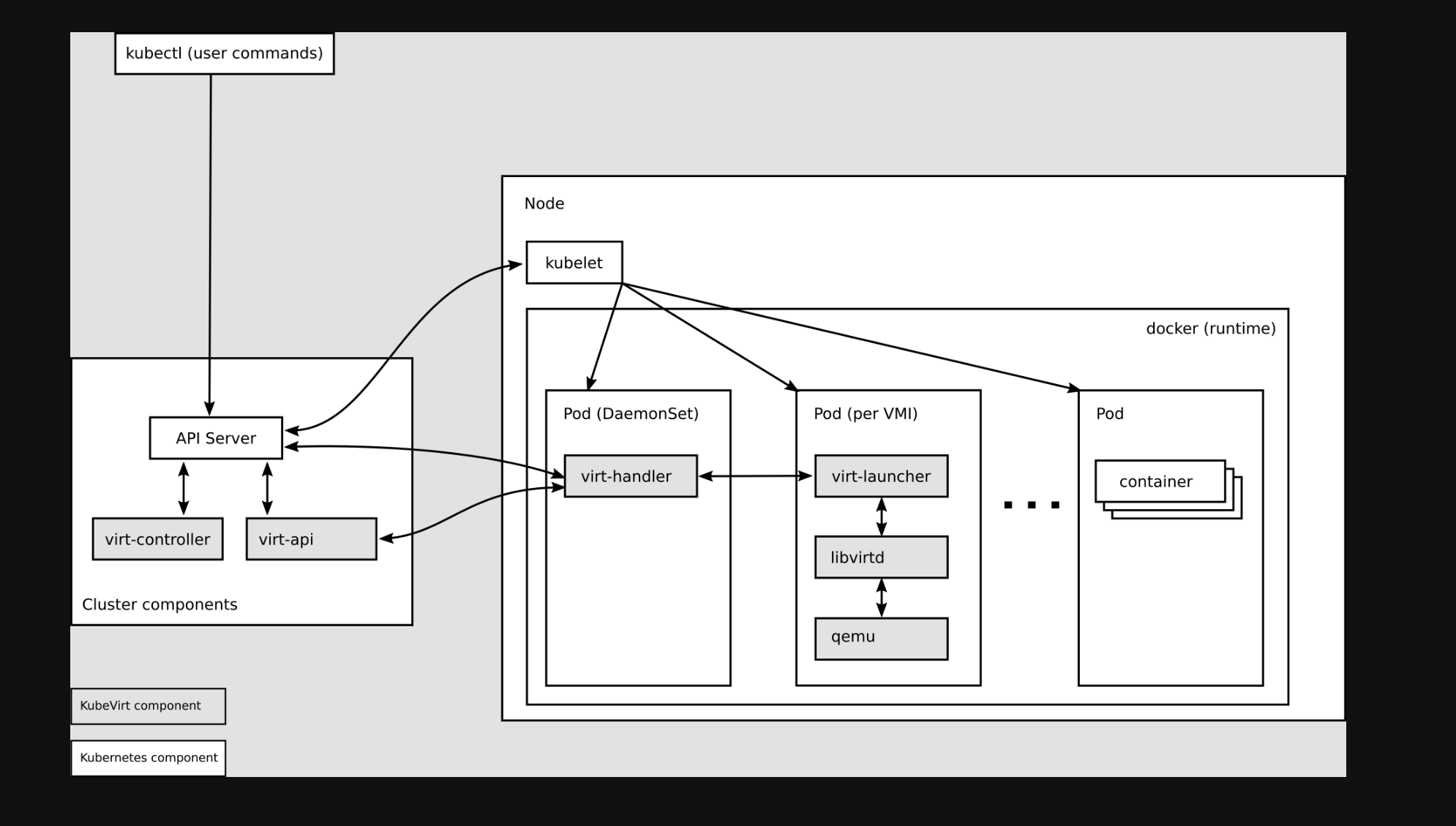 An instance of libvirtd is present in every VMI pod. virt-launcher uses libvirtd to manage the life-cycle of the VMI process.

The above architecture has in fact partially outlined the VM creation process, the following process combing.

As shown in the following figure.

This experiment is conducted on Tencent Cloud to create a TKE cluster containing Blackrock models.

The libvirt and qemu packages need to be installed on the node.

Check that kvm is loaded on the node at this point.

In this experiment, we use PVC as persistent storage, but when we use CBS as PVC in Tencent Cloud Blackrock server cluster, we found that there is a problem that PVC cannot mount Pod, so we choose to use hostpath-provisioner provided by kubevirt as the provisioner of PVC.

Next, the CR is created as the back-end storage, where /var/hpvolumes on the Node is specified as the actual data storage location.

After the PVC is actually created, you can see the stored image in the corresponding directory.

Next, you need to create the corresponding storageclass, note that the storagePool here is the local inside the CR you just created.

Refer to Kubevirt: Activating feature gates to turn on the HardDisk mode of kubevirt.

Kubevirt provides a command line tool virtctl that can be downloaded directly.

It can also be installed as a plugin for kubectl via krew.

The following is an example of a VMI for creating a Linux virtual machine, based on which a VM is automatically created. in this CR, several key elements are specified that are required for a virtual machine:

After creating the following VirtualMachineInstance CR, you can see that the Pod virt-launcher-testvmi-nocloud2-jbbhs is launched in the cluster. view Pod and virtual machine

CDI provides the option to use PVCs as virtual machine disks. CDI supports the following modes to import images to PVCs.

Here we use the fourth way, upload local image to PVC via virtctl command line tool, combined with CDI project.

After creating the VirtualMachine CR, you can see that the corresponding Pods and virtual machines are created in the cluster.

There are 3 volumes used here.

Checking the started VM instance, the Windows VM is up and running.

Refer to Access Virtual Machines’ graphic console using noVNC you can deploy virtVNC to access the booted Windows server. The main point here is to expose a NodePort service that can be accessed via the

By accessing this NodePort service, you can both 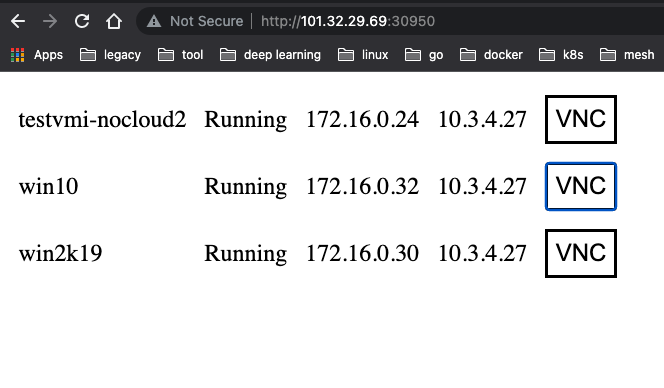 Next you can install the Windows operating system as instructed in kubernetes creating a windows 10 virtual machine using kubevirt.

Although VNC can access the Windows graphical interface remotely, the operating experience is rather unpleasant. Once the system is installed, you can use Windows’ Remote Connection Protocol, RDP, by selecting Start > Settings > System > Remote Desktop and turning on Enable Remote Desktop.

Now you can test the connectivity of RDP port 3389 via telnet.

Installing the nginx service in a Windows virtual machine allows you to access it in Windows. 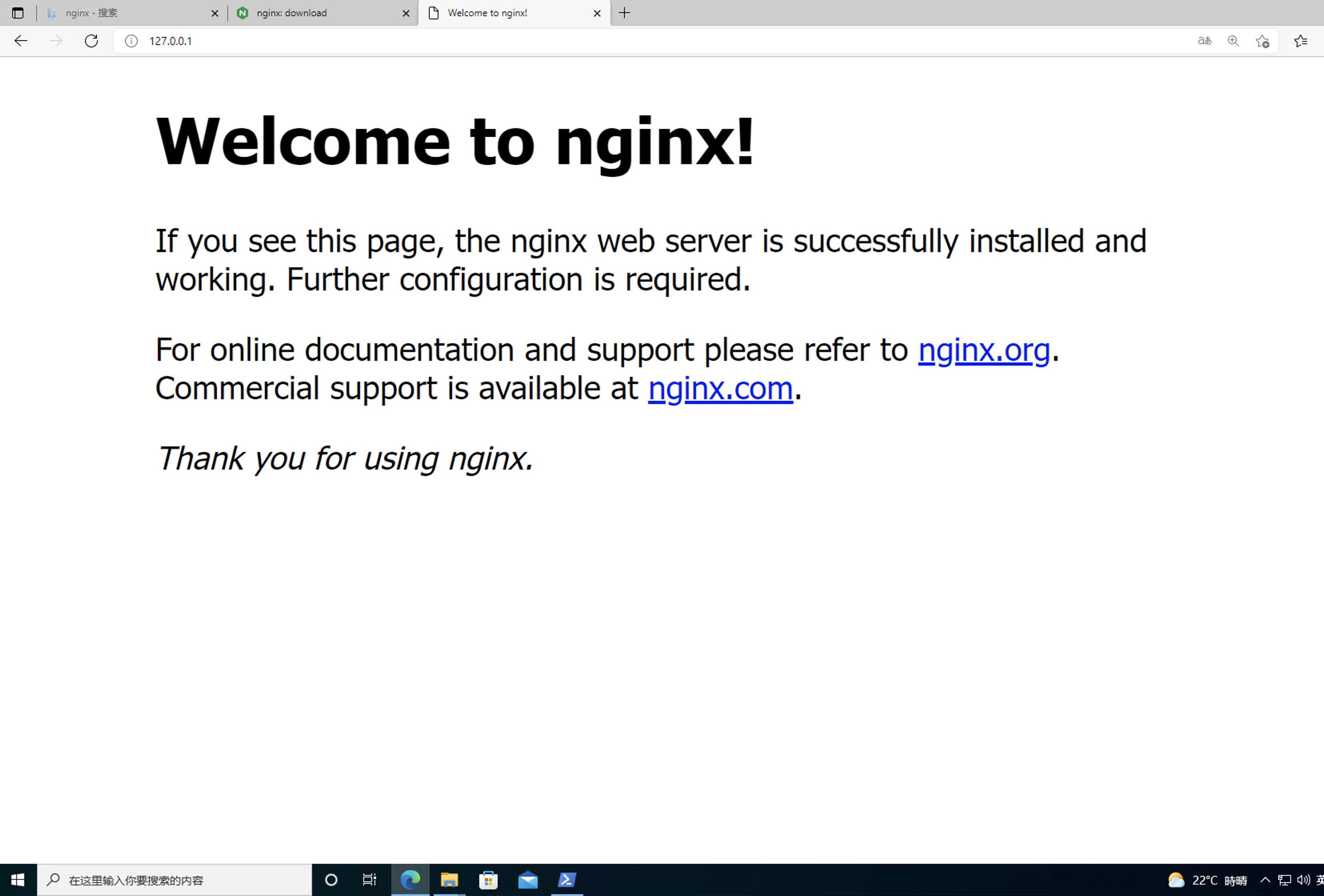 At this point, you can access the Nginx service within the cluster by directly accessing the IP corresponding to the Windows virtual machine.

To be able to expose the services of this Windows virtual machine to the extranet, create the following Service.

You can see that the NodePort service was created.

Accessing the NodePort service at this point gives access to the services provided by the Windows VM. 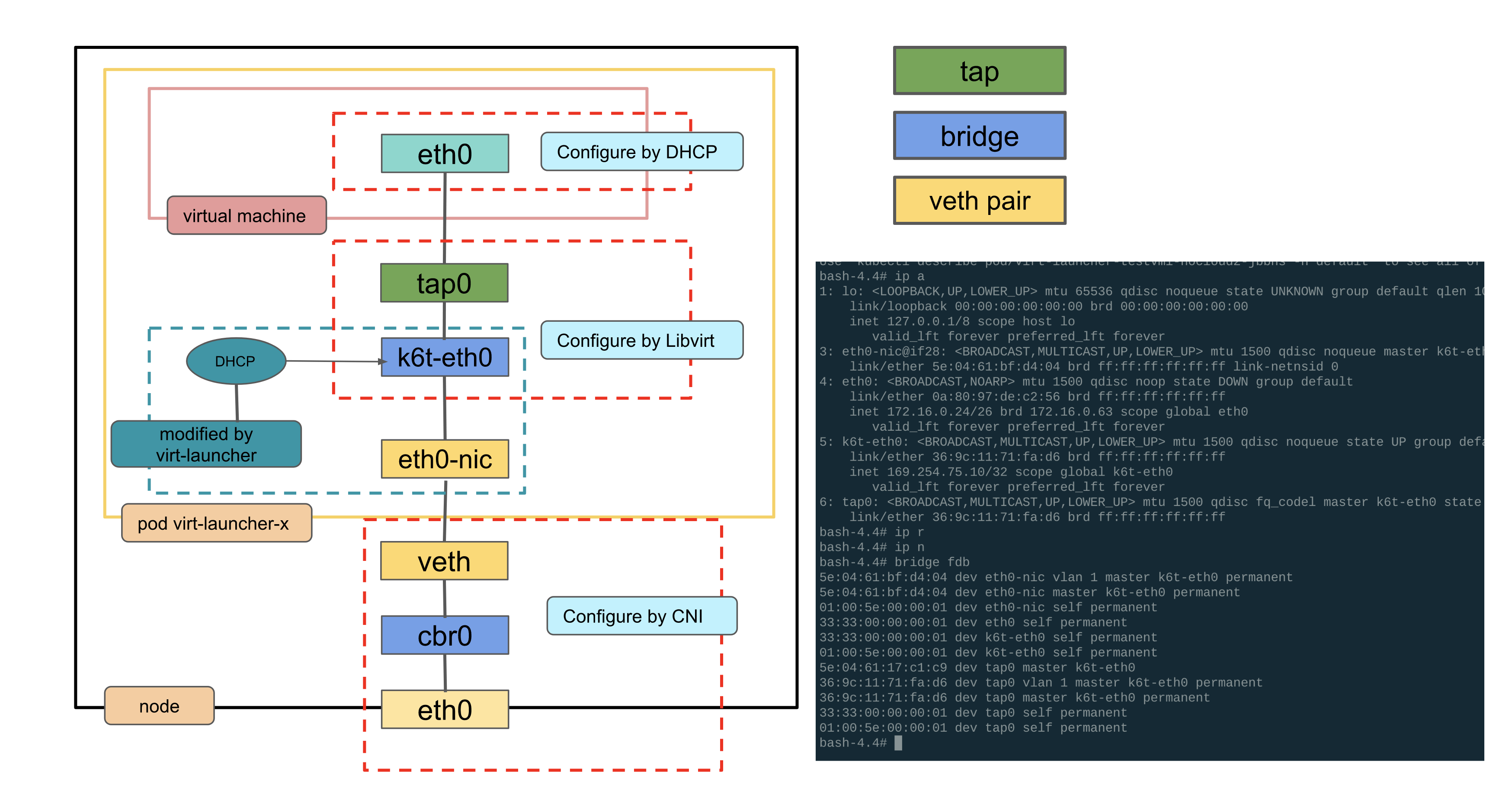 Outbound: destination is an out-of-cluster address

To view the route in the virtual machine.

View the existing interfaces in the launcher Pod.

You can see that eth0-nic and tap0 are both mounted on the bridge k6t-eth0.

For information about cbr0 on the host.

Access the external segment from the virtual machine, e.g. 8.8.8.8, and capture the packet in the launcher Pod, here on the tap device.

Tap device is connected to the bridge and captures packets on the bridge k6t-eth0 device, source and destination addresses are unchanged

The next step is to catch the packet on the Pod’s original network port eth0-nic, with both source and destination addresses unchanged.

How does the bridge k6t-eth0 know that the packets should go to eth0-nic? Here is the flood done here on the k6t-eth0 bridge, all interfaces hooked up to the bridge can catch access to 8.8.8.8.

Here is the MAC of cbr0, after taking out this table entry, you can catch the corresponding arp packet

After reaching eth0-nic, you can reach the veth port on the opposite side of the Pod and go out from the node according to the global routing pattern.

Inbound: accessing the VM from the node

For VPC CNI network mode, the basic principle is similar to global routing for VMs using bridge, but you will find that you cannot access the external network from the VM. From the tap device, it can not catch the corresponding ip packets, but only ARP packets.

However, in the virtual machine, there is only the default route and no static ARP.

We can catch the corresponding ARP packets from the bridge in the VM and Pod, but there is no place to give a response, so

If you add this static route to a virtual machine, you can get through to the virtual machine network, where the mac is the mac address of the Pod’s veth pair.

Referring to Kubevirt: VMI Networking, the configuration of Interface for VMs in Kubevirt is divided into two Phase.

Once BindMechanism is determined, the following methods are called in turn.

Phase2 runs in virt-launcher and has many more privileges than phase1, with only CAP_NET_ADMIN privileges in the network. object). Based on the VIF information, proceed to decorate the domain xml configuration of the VM it will encapsulate