Members of the Rust development team introduced an important new feature to be added to the Rust 1.63 standard library: scoped thread. This is described as a system-level thread, and unlike thread::spawn(), scoped thread supports the use of local variables by threads, not just static variables. 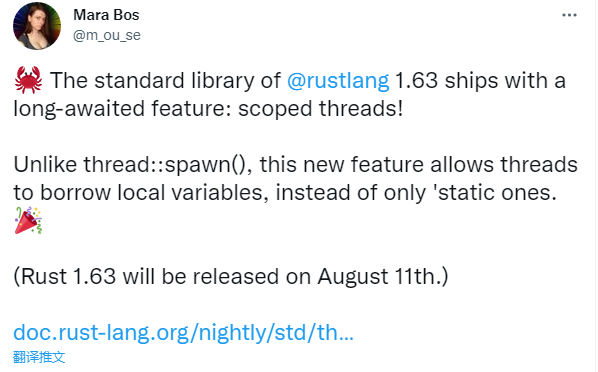 see documentation for details. As planned, Rust 1.63 will be released on August 11.