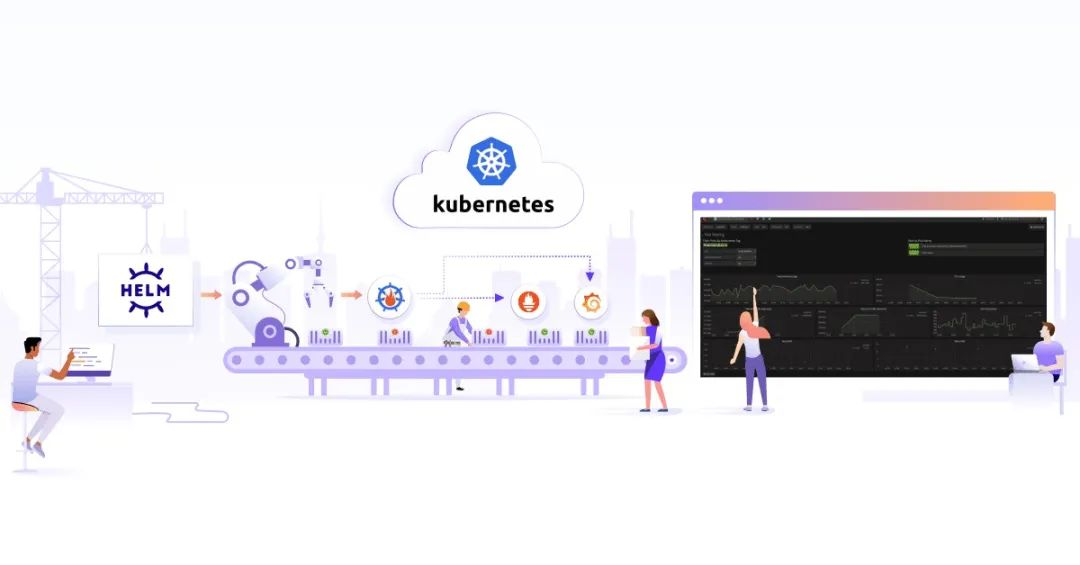 We mentioned earlier the monolithic and read-write separation modes of Loki deployment, and when your daily log size exceeds terabytes, then we may need to use the microservice mode to deploy Loki.

The microservice deployment pattern instantiates Loki’s components as distinct processes, each of which is invoked and assigned a target, and each of which generates a gRPC server for internal requests and an HTTP service for external API requests. 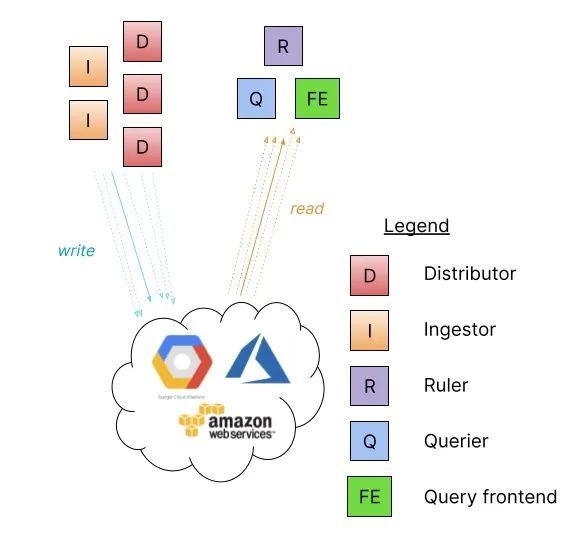 Running components as separate microservices allows scaling by increasing the number of microservices, and custom clusters have better observability of individual components. Microservice mode deployments are the most efficient Loki installations, however, they are also the most complex to set up and maintain.

Microservice mode is recommended for very large Loki clusters or clusters that require more control over scaling and cluster operations.

The microservices model is best suited for deployment in Kubernetes clusters and offers both Jsonnet and Helm Chart installations.

Again, we will use Helm Chart to install Loki in microservice mode, but remember to remove the Loki-related services installed in the previous section before installing.

First get the Chart package for the microservice model.

The Chart package supports the components shown in the table below. The Ingester, distributor, querier, and query-frontend components are always installed, and the other components are optional.

This Chart package configures Loki in microservice mode, has been tested and can be used with boltdb-shipper and memberlist, while other storage and discovery options are also available, however, the chart does not support setting up Consul or Etcd for discovery, they need to be configured separately, instead, you can use memberlist which does not require Instead, you can use memberlist that does not require a separate key/value store. By default the Chart package creates a Headless Service for the member list, of which the ingester, distributor, querier and ruler are part.

For example, we are using memberlist, boltdb-shipper and minio for storage here, and since this Chart package does not include minio, we need to install minio separately first.

Check the status of the corresponding Pod after the installation is complete. 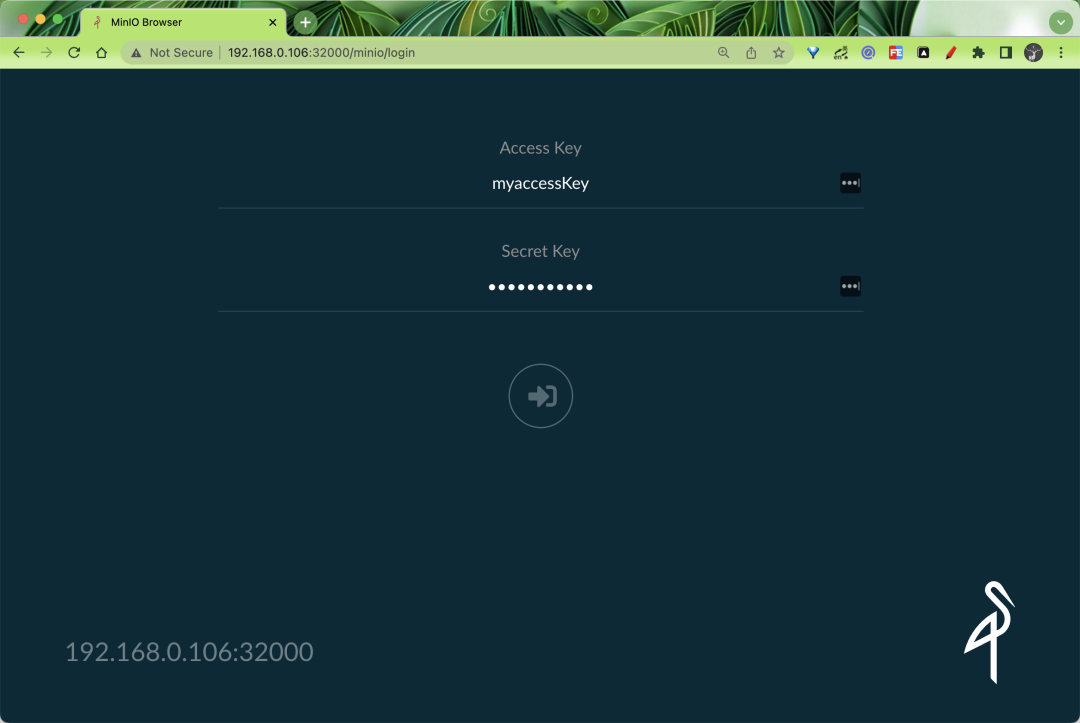 Then remember to create a bucket named loki-data.

Now that we have our object store ready, let’s install Loki in microservices mode by first creating a values file as shown below.

Here we specify the minio configuration for storing data via loki.structuredConfig.storage_config.aws. For high availability, we have 2 copies of the core components, ingester and querier for persistent storage.

Now use the values file above for a one-click installation.

The above will install several components separately: gateway, ingester, distributor, querier, query-frontend, and the corresponding Pod states are shown below.

The corresponding configuration file for Loki is shown below.

There is also a gateway component that will help us route requests to the correct component, which is also an nginx service, and is configured as shown below.

So if we want to write log data, naturally we are now writing to the Push endpoint of the gateway. To verify that the application is working, next we install Promtail and Grafana to read and write the data.

Get the promtail Chart package and unzip it.

Note that we need to configure the Loki address in Promtail to be http://loki-loki-distributed-gateway/loki/api/v1/push, so that Promtail sends the log data to the gateway first, and then the gateway forwards it to the write node based on our Endpoints to forward to the write node, using the values file above to install Promtail.

A promtail will be run on each node after a normal installation.

Normal promtail is already collecting all the container logs on the node, and then pushing the log data to the gateway, which forwards it to the write node, where we can view the gateway logs.

You can see that the gateway is now receiving requests directly from /loki/api/v1/push, which is what promtail is sending. Normally, the log data is now distributed to the write node, which stores it in minio, so you can check to see if there is already log data in minio. The minio service was assigned a NodePort of 32000 during the previous installation. 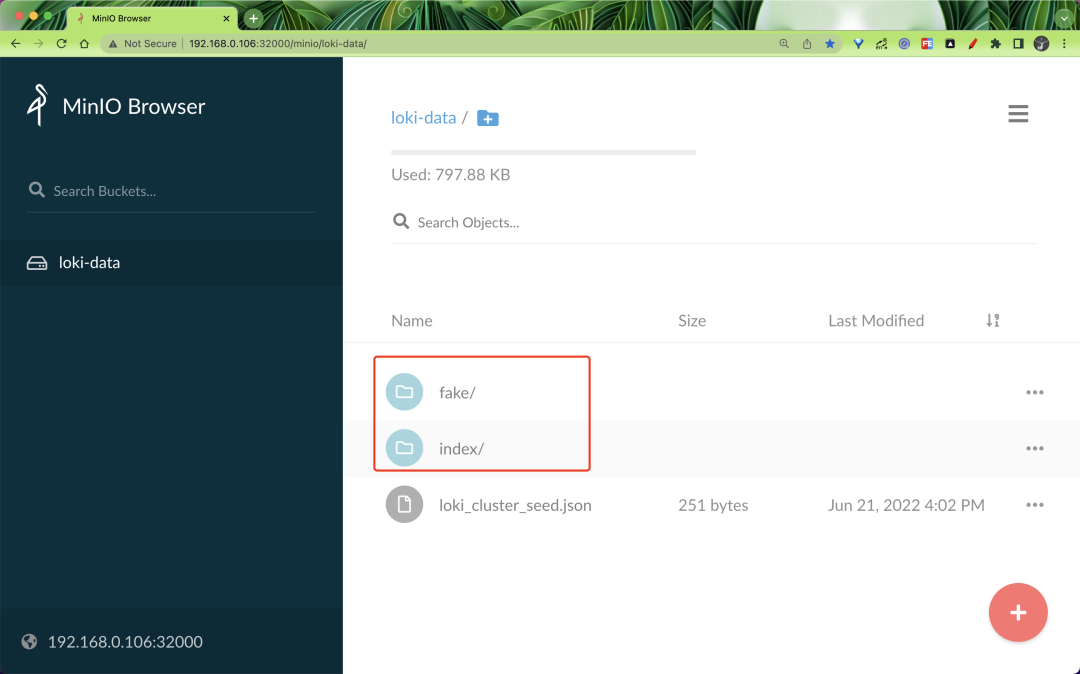 Here you can see that the data is ready to be written properly.

The login password can be obtained by using the command in the prompt above. 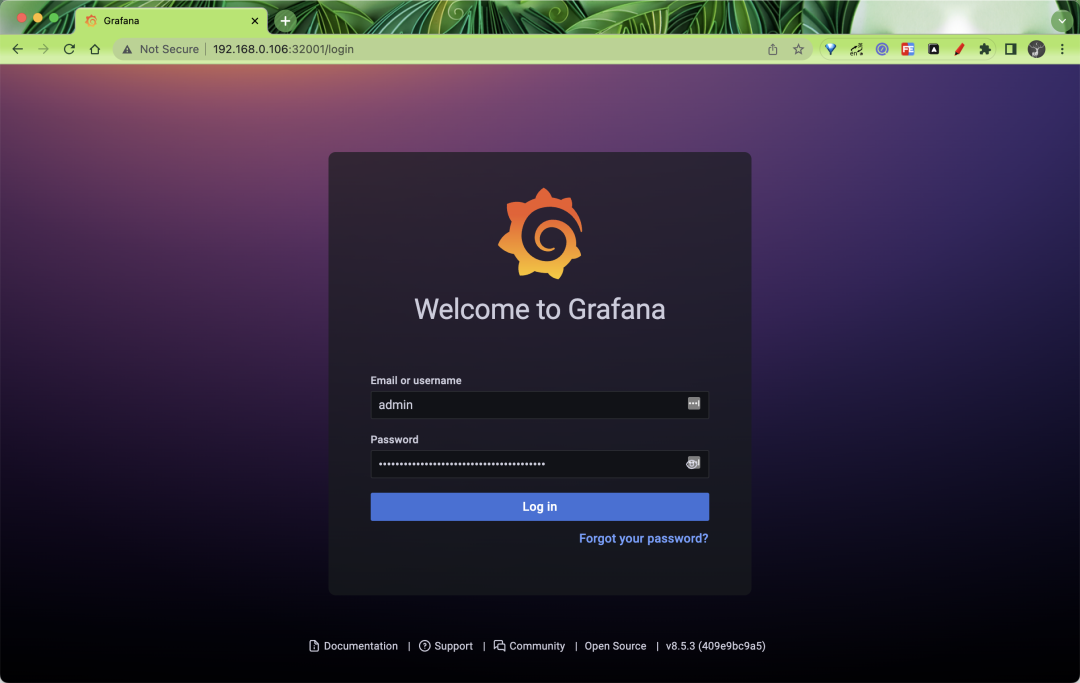 After logging in, go to Grafana and add a data source. Here you need to fill in the gateway address http://loki-loki-distributed-gateway. 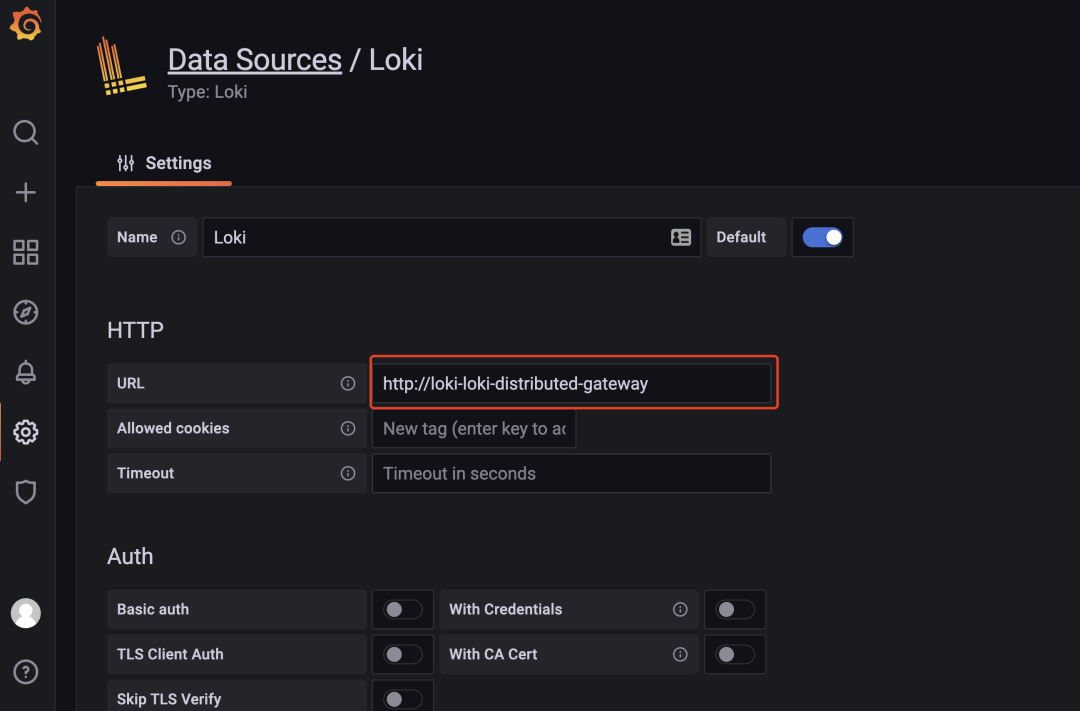 After saving the data source, you can go to the Explore page to filter the logs, for example, we are here to view the logs of the gateway application in real time, as shown in the following figure. 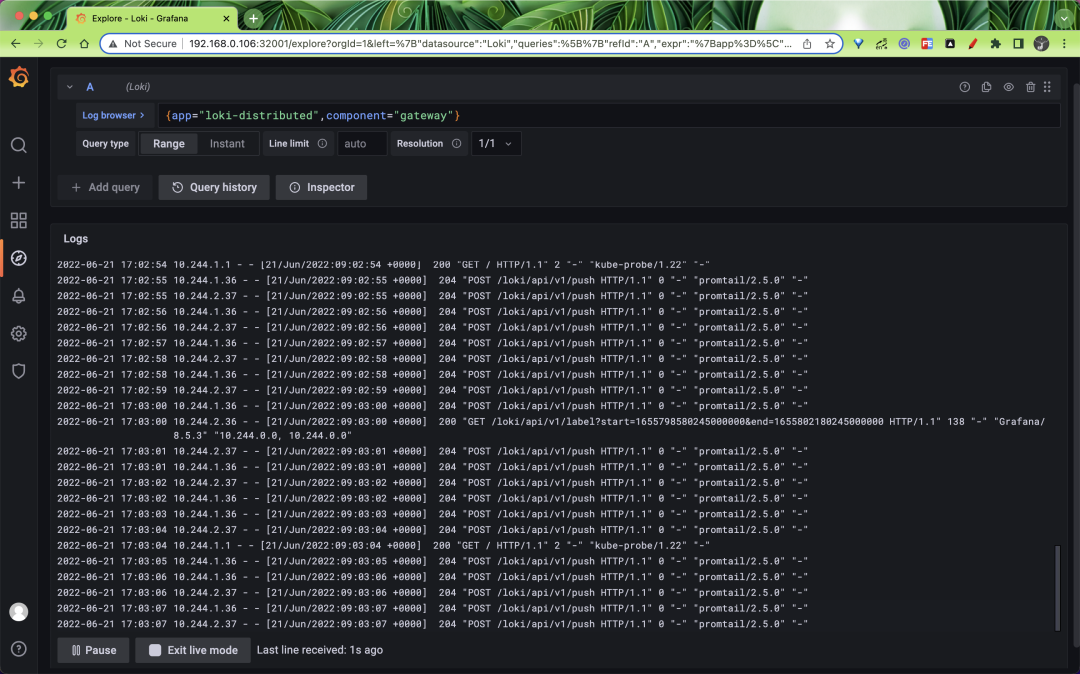 If you can see the latest log data, it means we have successfully deployed Loki in microservice mode, which is very flexible and can scale up and down different components as needed, but the cost of operation and maintenance will also increase a lot.

In addition, we can also do query and write caching. The Helm Chart we use here supports memcached, or you can switch to redis.